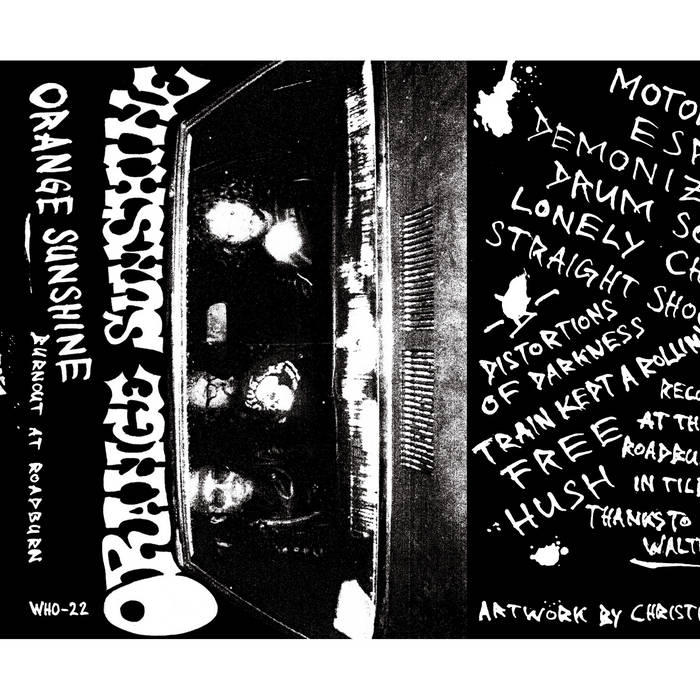 Orange Sunshine Live at Roadburn 2007. Released as cassette at Who Can You Trust Records. Available here > bit.ly/1cEEZl6

Promo: “ORANGE SUNSHINE: catching the very soul of motorblues and psychedelic garage, that grand, yet darkest era of the acid-drenched fuzz rock from the latest 60′s and the earliest 70′s! Once concocted in a squat in The Hague late ’98 as a traditional power trio blues band to play a mix of covers, traditionals and originals, yet in a rather explosive way, perhaps even quite the same way intense, with quite the same sound raw and same volume high as the much inspiring hardrockin’ proto-punks of Blue Cheer, MC5 and Stack Waddy once managed to perform in the silver age of rock, rendering (or should we say screaming out?) the very same pain once battled with the very same drugs of war, with LSD, with opiates, with speed, to fight the very same tension, the very same grand, yet darkest lost soul victorious…

The first Orange Sunshine live-release ever. Pumped up to the max by Guy Tavares himself in his hot tubes’ three by three no-nonsense tape master laboratory, and dare we say it’s quite a blast! As if you were standing right there in front of the mainstage of Holland’s Roadburn Festival 2007…

Thank you Roadburn & Who Can You Trust Rec.?

Orange Sunshine: catching the very soul of the motor-blues garage-punk and acid proto-hardrock era of the late '60's and the early 70's?

Bandcamp Daily  your guide to the world of Bandcamp